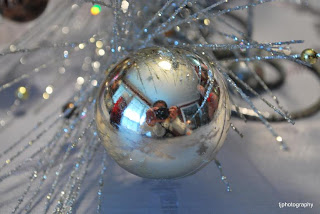 I doubt it.
But, that does NOT mean I didn't TAKE 365 pics in 365 days.
I probably took that many pics at each event of the year :)
The problem I had was that most of the pics I took were of my family,
and they didn't want their pics posted on my blog.
So, to honor their request, I lagged behind on this project.
However, because of this project, I believe I became a better photographer.
I don't think I would have taken some of the shots that I did.
I've enjoyed this project very much....and I'm still considering doing it again.
Posted by Tonja at 1:00 PM 4 comments: 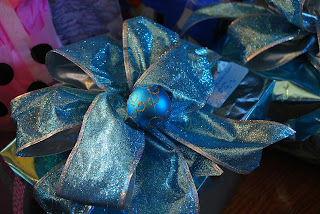 ﻿
OK, I realize I'm a few days late.
But, Christmas lives on, right?
I pray that each of you had wonderful times with family & friends,
and that the Prince of Peace truly was the center of it all!
Posted by Tonja at 6:00 AM 1 comment:

For Christmas, I gave each of my girls a tea cup... 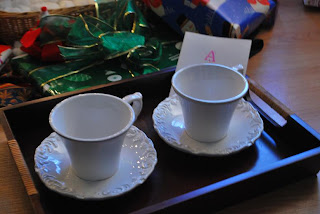 and a card which explained that the tea cup was for "tea time" with Mom.
I have read and heard this idea from several women in the last year or so, and I decided that this was the year I implement it into our family.
Tea time is individual time for each daughter to talk about what's on their minds,
or to listen to what's on Mom's mind :)
I pray that it'll be a treasured time that the girls will remember the rest of their lives.
I also pray that the Lord will use the time to knit our hearts together in a special way.
Posted by Tonja at 9:48 PM 3 comments:

It's been a whirlwind of a month (well, the last 2 months)....
At Thanksgiving, we left for vacation.  We came back in time for my birthday, and my mom gave me this delicious cake: 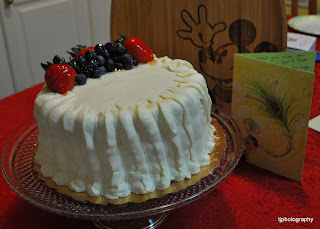 ﻿
Then, I got sick for several days...ugh!
Then, I had my purse stolen...ugh! ugh!  (but see what I learned in the last post)
And, in the meantime, we've used our gingerbread cookie cutter... 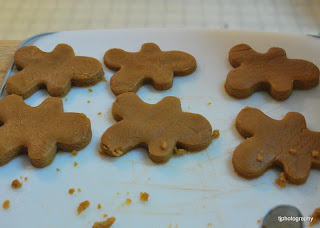 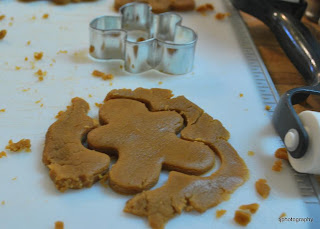 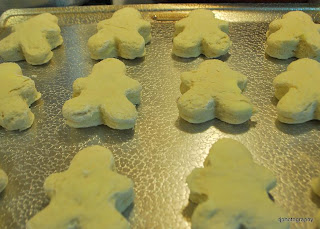 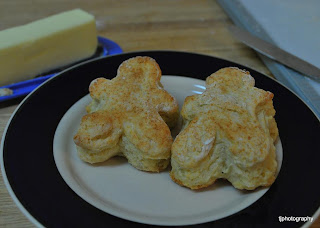 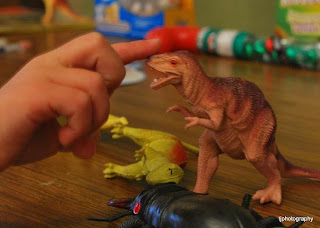 Our co-ops ended for the semester - woohoo!!
and this little dino was a prize at our auction... where the kids could get prizes in exchange for tickets that they earned throughout the semester. 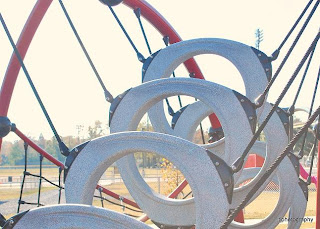 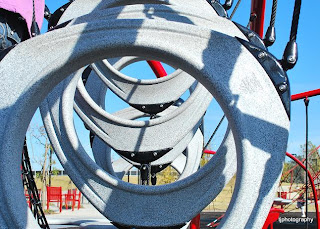 And we discovered a brand new park that is tons of fun for big kids!
Posted by Tonja at 10:34 AM 2 comments: 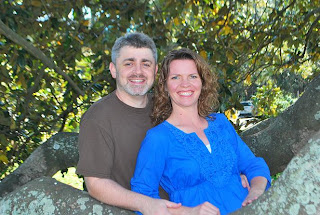 (taken by one of our girls)
Dave
- my one and only....love of my life...best friend...wonderful father to our girls...strength....Godly leader...lover and follower of Jesus (this really comes first)...reminds me of truth on a daily basis...protector...provider....and all of this, of course (and he would say) is by the grace of God, but I'm thankful that the Lord saw fit to bless me with such a wonderful husband & friend.  On my own, I certainly could not have picked a better man to spend my life with.
Posted by Tonja at 6:00 AM 2 comments:

When God Wants a Man (or Woman)

I ran across this poem today....Wow!  So much of it rings true for me right now.  And it brought great encouragement knowing that the Lord has a purpose in every trial....even when they keep coming one after another!
Take the time to read this poem.  Which line hits you the hardest? (mine is underlined)


When *God Wants A Man
(originally, the word Nature was used instead of God)
by Angela Morgan

When God wants to drill a man
And thrill a man,
And skill a man,
When God wants to mould a man
To play the noblest part;
When He yearns with all His heart
To create so great and bold a man
That all the world shall praise--
Watch His method, watch His ways!
How He ruthlessly perfects
Whom He royally elects;
How He hammers him and hurts him
And with mighty blows converts him
Into trial shapes of clay which only God understands--
While his tortured heart is crying and he lifts beseeching hands!--
How God bends, but never breaks,
When his good He undertakes....
How He uses whom He chooses
And with every purpose fuses him,
By every art induces him
To try his splendor out--
God knows what He's about.
When God wants to take a man
And shake a man
And wake a man;
When God wants to make a man
To do the Father's will;
When He tries with all His skill
And He yearns with all His soul
To create him large and whole....
With what cunning He prepares him!
How He goads and never spares him,
How He whets him and He frets him
And in poverty begets him....
How He often disappoints
Whom He sacredly anoints,
With what wisdom He will hide him,
Never minding what betide him
Though his genius sob with slighting and his pride may not forget!
Bids him struggle harder yet.
Makes him lonely
So that only
God's high messages shall reach him
So that He may surely teach him
What the Hierarchy planned.
Though he may not understand
Gives him passions to command--
How remorselessly God spurs him,
With terrific ardor stirs him
When He poignantly prefers him!
When God wants to name a man
And fame a man
And tame a man;
When God wants to shame a man
To do his heavenly best....
When He tries the highest test
That His reckoning may bring--
When He wants a prince or king!--
How He reins him and restrains him
So his body scarce contains him
While He fires him
And inspires him!
Keeps him yearning, ever burning for a tantalising goal--
Lures and lacerates his soul.
Sets a challenge for his spirit,
Draws it higher when he's near it--
Makes a jungle, that he clear it;
Makes a desert, that he fear it
And subdue it if he can--
So doth God make a man.
Then, to test his spirit's wrath
Hurls a mountain in his path--
Puts a bitter choice before him
And relentless stands o'er him.
"Climb, or perish!" so He says....
Watch His purpose, watch His ways!
God's plan is wondrous kind
Could we understand His mind ...
Fools are they who call Him blind.
When his feet are torn and bleeding
Yet his spirit mounts unheeding,
All his higher powers speeding
Blazing newer paths and fine;
When the force that is divine
Leaps to challenge every failure and his ardor still is sweet
And love and hope are burning in the presence of defeat....
Lo, the crisis! Lo, the shout
That must call the leader out.
When the people need salvation
doth he come to lead the nation....
Then doth God show His plan
When the world has found--a man! ﻿
Posted by Tonja at 4:06 PM 1 comment: 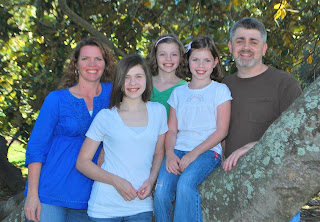 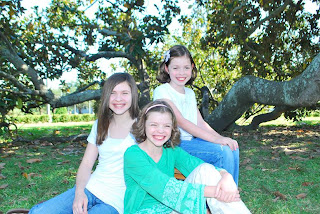 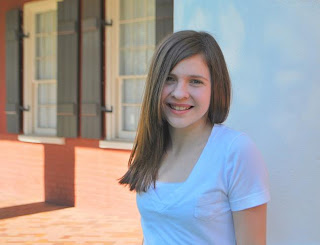 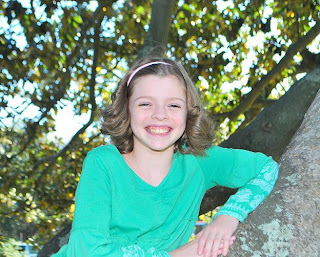 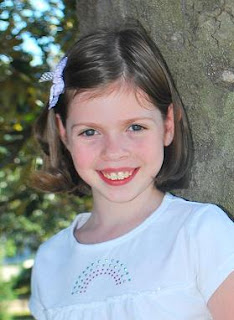 Though youths grow weary and tired,
And vigorous young men stumble badly,
Yet those who wait for the LORD
Will gain new strength;
They will mount up with wings like eagles,
They will run and not get tired,
They will walk and not become weary. 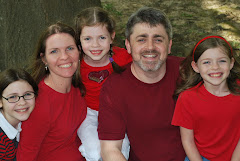